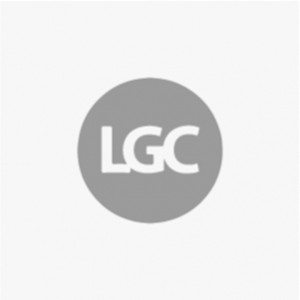 Carboxylic acid for post-synthetic 3'-labelling of an oligonucleotide with a mixed-isomer TAMRA (rhodamine) dye.

TAMRA (carboxytetramethylrhodamine) exists as 5- and 6-derivatives, or as a mixture of both isomers. It is the most commonly used rhodamine dye in oligonucleotide based applications. The fluorescent properties of TAMRA are sometimes used in non-radioactive sequencing, and in situ hybridisation studies, however TAMRA is more often as a quencher in Real-Time PCR applications based on FRET. The light-absorbing properties of TAMRA, and spectral overlap with several commonly used fluorophores - including FAM, HEX, TET and JOE, make it useful as a quencher for the design of dual-labelled probes. The usefulness of TAMRA is, however, limited because of its broad emission spectrum, which reduces its capabilities in multiplexing. Its intrinsic fluorescence contributes to the background signal, potentially reducing the sensitivity of assays based on TAMRA. Despite these limitations, TAMRA has been used extensively in the design of probe-based assays, perhaps most notably in Taqman probes for Real-Time PCR. TAMRA is not sufficiently stable to strong bases; the molecule degrades in the presence of ammonium hydroxide, hence TAMRA-labelled oligos must be synthesised using mild deprotection monomers. Subsequent deprotection of the oligo is achieved with t-butylamine/methanol/ water (1:1:2) for 2.5h at 70˚C. Although there is still a small amount of TAMRA degradation, this is easily removed during purification. Alternatively, amino-modified oligos can be post-synthetically labelled using a suitable TAMRA NHS ester. We provide a number of solid support and phosphoramidite options for direct TAMRA labelling internally, or at the 3’ or 5’ end of oligonucleotides.