0 Subcategories | 1 total products
Explore our photocleavable analogues of the Amino- and Spacer-Modifiers and the Biotin label, as well as our PC linker molecu… (read more)

Phosphoramidite used to incorporate a 5' biotin functionality, separated from the oligonucleotide by a photo-cleavable linker.

Explore our photocleavable analogues of the Amino- and Spacer-Modifiers and the Biotin label, as well as our PC linker molecule. The general design of the PC monomers is based on an α-substituted 2-nitrobenzyl group. The photo-reactive group is derivatised as a cyanoethyl phosphoramidite that can be incorporated during automated DNA synthesis.

Photo-triggered DNA cleavage is an important tool used for studying conformational changes and strand breaks, as well as for studying activation of nucleic-acid-targeted drugs, such as antisense oligonucleotides. 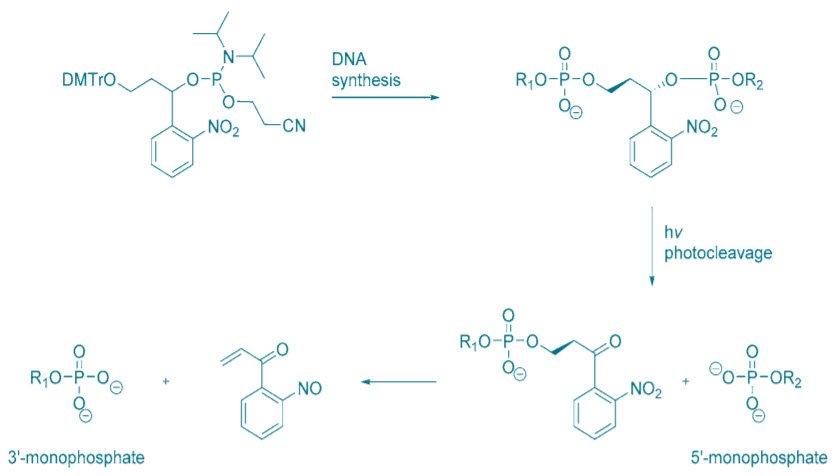 This technique is commonly used to isolate DNA by first hybridisation to the biotin labelled probe, then release of the probe/DNA duplex after photolysis. After photo-cleavage the DNA is suitable for further biological manipulations like gene construction and cloning after ligation.